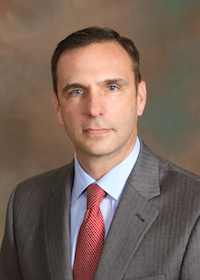 Mr. Bellon has been practicing law in St. Charles County, St. Louis County and the surrounding areas for over 20 years and has developed a wealth of experience and skill in the courtroom, counseling clients and handling his client’s legal challenges, always with their best interests in mind. Mr. Bellon’s primary focus are in the areas of divorce litigation, child custody, large asset divorce, maintenance, estate planning and personal injury. Mr. Bellon takes pride in taking the time necessary to understand the legal challenges his clients are facing and in taking a personal interest in actively assisting them to reach the best possible outcome, while navigating them through what can often be a complicated and frustrating legal system.

Mr. Bellon received his undergraduate degree from the University of Kansas in 1991 and his law degree from the University of Missouri - Columbia in 1994. After completing law school and passing the Missouri Bar exam, Mr. Bellon accepted a position with the St. Charles County Prosecuting Attorney, where he had been working while a law student. From 1994 to 1998, Mr. Bellon served as an Assistant Prosecuting Attorney handling felony, misdemeanor and civil cases in the 11th Judicial Circuit, until he entered private practice in 1998.

In 2015, Mr. Bellon opened the Bellon Law Group. He is the father of three (3) children of his own and feels passionately that the focus of the Bellon Law Group shall be to serve the legal needs of families in St. Louis and St. Charles and to do so with the highest integrity. Mr. Bellon takes great pride in only hiring only those attorneys who he knows will work diligently and passionately for their clients. To that end, Mr. Bellon hired attorney Sarah Brown who fit that model and bring a wealth of family law experience and expertise to the office.

In addition to his work with the Bellon Law Group, in 2009 he was elected President of The St. Charles County Bar Association. He has also previously been appointed and served as the Chairperson of the Juvenile Law Committee for the Missouri Bar. As a younger attorney Mr. Bellon was elected and served as the Young Lawyer's Representative to the Missouri Bar for the Counties of St. Charles, Lincoln, Warren and Franklin Counties until his term expired in 2003. For a number of years Mr. Bellon has also served as a volunteer with the Join Hands project (joinhandsesl.org) serving underprivileged children in East St. Louis, Illinois.

Current Clients We are committed to our clients in St. Charles, St. Louis and surrounding communities.